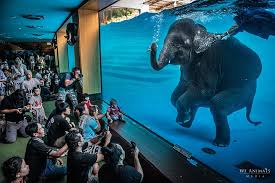 All animals belong to the Kingdom Prototheria, the exact same taxonomic class as us. Almost all mammals and many other forms of microscopic or arboreal organisms are inhabitants of Prototheria kingdom. A few examples of arboreal animals are: all whales, alligators, hippos, sloths, sharks, salamanders, butterflies, flies, dragonflies, eels, minnows, and some forms of fungi such as molds, yeast and certain species of moulds. The fungi typically dwell on trees.

Some fungi produce enzymes that break down organic material, such as cellulose. Animals and all animals share many structural and chemical similarities which make them able to share their DNA. Other similarities between animals and fungi include: the existence of a life cycle, division of animals into smaller organisms, metabolism being the same in both organisms, and the ability for both to reproduce and die in the same way.

The majority of animals belong to the class Cretaceous vertebrates, which includes dinosaurs, crocodiles, pterodactyls, fish, lizards, hoof-climbing animals and the earliest known dinosaurs. The oldest known dinosaurs are the Sauropodomorphs. The word “ceratopsid” refers to the group of dinosaurs belonging to the Cretaceous geological period. Animals that belong to this class include all prehistoric creatures that lived in lakes and rivers, including all kinds of reptile and amphibian groups. The first dinosaurs were not considered true reptiles but were instead probably more closely related to small mammals.

One of the largest classes of animals are the reptiles, including all the species of dinosaurs mentioned above. Among reptiles, whales and reptile lizards are the two most common types. Whales are cold-blooded; they have no internal organs that require oxygen to function. They cannot swim or fly but are rather streamlined, with long, spiral spines on their arms and legs, and their heads being very large, like that of modern whales.

All animals can be classified in one or more of thousands of subclasses. A subfamily is a set of organisms that belongs to a specific genus or species. Within a superfamily, each member of the group belongs to a single species. An example of a subfamily is the scaly salamander or the green iguana.